Fewer people bought cars in 2020 than usual, but some of the world’s top automakers weathered the pandemic year surprisingly well.

Drivers in the United States, as they have annually for nearly four decades, bought more Ford F-series trucks than any other type of car. Those in countries like Argentina and Australia preferred Toyota pickups, and Swiss drivers typically opted for a mid-sized sedan made by the Czech brand Skoda. That’s all according to data from the website BestSellingCarsBlog.com, which analyzed the car brands that topped sales charts in different countries around the world last year.

Toyota topped all other auto brands in 2020 global sales, overtaking Volkswagen to regain the title as the world’s best-selling car brand for the first time in five years. Toyota sold more than 9.5 million vehicles in 2020, which was down 11.3% from 2019 ⁠— but a less precipitous drop-off than Volkswagen’s 15% decline to 9.3 million cars sold in 2020.

Globally, Toyota also sold the most cars in a whopping 44 different countries around the world, according to data compiled from BestSellingCarsBlog.com by the site AutomotiveTouchup. Volkswagen was again second, topping the rankings in 14 countries.

The Toyota truck with global reach

While Toyota’s long-popular Corolla sedan (more than 1.1 million cars sold in 2020) and Rav4 compact SUV (995,000 sold) were the world’s top two best-selling individual cars in 2020, a surprise Toyota vehicle made its way to the top of the country count this year.

Spanish driver Fernando Alonso steers his Toyota Hilux during the qualifying round of the Lichtenburg 400.

That would be the Toyota Hilux, a mid-sized pickup truck sold in numerous markets around the world. The truck, which is often used in off-road racing competitions like the Dakar Rally in Senegal, starts at roughly $23,500 ⁠— and was 2020’s best-selling vehicle in 14 countries, including Argentina, Australia, Panama, South Africa and Fiji. The Hilux hasn’t been available in the U.S. since the 1990s, when Toyota introduced its Tacoma pickup, but it has a reputation for being practically indestructible (Toyota calls it the “world’s toughest pickup”).

Another surprise for some American drivers: The Skoda Octavia featured prominently among the world’s most popular cars, despite also not being available in the U.S. The family sedan is manufactured by Mladá Boleslav, Czech Republic-based Skoda Auto, a subsidiary of the Volkswagen Group. It’s available throughout most of Europe with a base price of nearly $25,000, and was the best-selling 2020 car in six countries, including Austria, the Czech Republic and Switzerland.

By comparison, Volkswagen-owned brands were the most popular cars in 14 countries, including Germany (the VW Golf), Norway (Audi’s electric E-Tron SUV), and the Netherlands (VW’s ID.3 electric hatchback).

A Lada Granta car during the unveiling of new cars of the Lada Granta X-style series, Vesta Cross, XRAY Cross and Vesta Sport, at the 2018 Moscow International Motor Show at the Crocus Expo exhibition center.

In many of the world’s largest countries, local automakers reigned supreme. Ford’s F-Series trucks, including the F-150, topped the North American market, even during the pandemic: Sales dropped more than 12% in the U.S. in 2020, but the trucks still sold better than any other vehicle model in the U.S. and Canada last year.

Ford Motor Company unveils their new electric F-150 Lightning outside of their headquarters in Dearborn, Michigan on May 19, 2021.

Now, Ford is relying that longstanding success enter the nascent electric vehicle market at full speed. In May, the Dearborn, Michigan-based company unveiled its all-electric version of the F-150 truck, at a time when many of the world’s largest automakers are accelerating toward a future with more electric vehicles on the market.

In Russia, 2020’s top-selling car was the Lada Granta, a subcompact car manufactured by Russian company Avtovaz and France’s Renault Group. The Lada Granta is a notably affordable car, costing only the equivalent of nearly $7,000. Meanwhile, India’s top-selling car was the Maruti Swift, a similarly affordable subcompact hatchback that starts at the equivalent of about $7,800. It’s manufactured by an Indian subsidiary of Japan’s Suzuki Motor Corp.

Correction: This story has been corrected to reflect that Avtovaz has no relation to the Volga sedan, which was manufactured by Russian company GAZ.

Sign up now: Get smarter about your money and career with our weekly newsletter

From Tesla and Rivian to Ford and GM: Take a look at the electric trucks automakers are planning 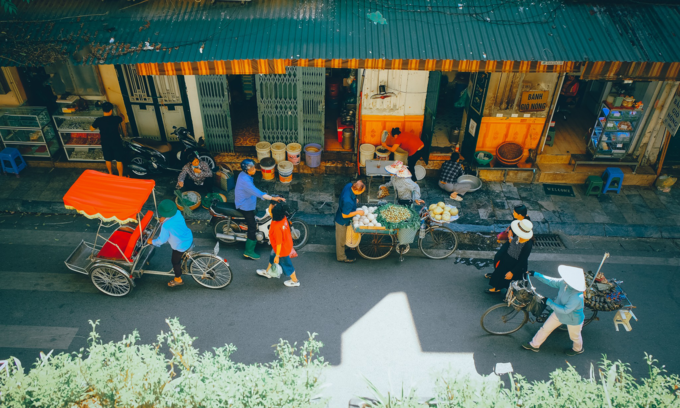