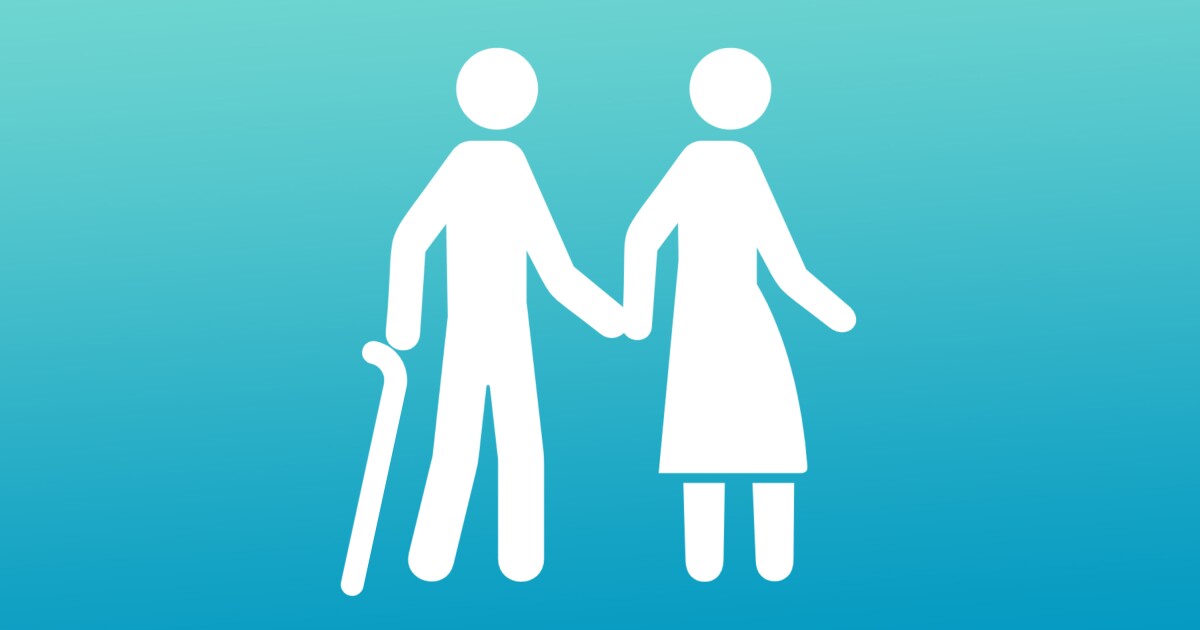 How do you travel with someone who has dementia?

No. 1: Learn to count to 10. Slowly. Backward and forward. Several times a day.

No. 2: Bring a companion — preferably someone who has Rule No. 1 down pat.

No. 3: Keep trips as self-contained and well-planned as possible.

No. 4: Choose a single destination and get there ASAP.

No. 5: Brace yourself for awkward moments involving restrooms, especially if your travel companion is other gendered.

I am not an expert and these are not blanket assertions. I know dementia and travel rarely mix, because people with dementia react poorly to any change in location or routine.

But with an estimated 1 in 9 Americans over age 45 reporting “subjective cognitive decline” — a.k.a. memory loss that impairs daily life — dementia is a growing reality for many families, according to the Centers for Disease Control and Prevention. And sometimes even people with dementia need to travel.

The national Alzheimer’s Assn. reports that more than 11% of Americans age 65 or older have Alzheimer’s dementia, a number expected to more than double by 2050. Its website has several tips for traveling, as do AARP and the Family Caregiver Alliance.

To start, these sites recommend two things: Honestly assess your companion’s ability to travel, and make sure he or she is carrying or wearing some kind of identification in case you get separated. The sites make it clear that your experience will vary depending on the status of your companion’s disease.

I can attest to that. My husband was diagnosed with Alzheimer’s in 2011, and our travel options have changed dramatically as his disease has advanced. Nonetheless, we have traveled over the last decade by air and auto, beginning in 2013 with a trip to New York and then Europe to see family and friends. It was a kind of farewell tour while my husband could still (sort of) recognize his siblings.

The trip was not without its challenges. In Frankfurt, Germany, a place neither of us had been, we took a stroll to help us adjust to a new time zone. Throughout the walk, my husband insisted that not only had he visited the town in his 20s but had lived there for nearly a year. It wasn’t until the next day that I understood he thought we were still in New York. Our six-hour plane ride to Germany hadn’t registered.

Eight years and one pandemic later, I no longer consider air travel with my husband. Our last flight was in February 2020 to Washington state for the birth of our grandchild. My husband didn’t remember he had children, let alone grandchildren, so he had no interest in the trip. During the three-hour flight, he repeatedly asked the same questions at increasing volume: “Where are we? Why are we doing this? Let’s get in the car and go HOME!” Pause. Repeat.

Which brings us to this spring. We were fully vaccinated, places were reopening, and I was itching to do more than share screens with my friends and family in Washington.

Driving was the only option. My husband is anxious anytime he leaves the house and even short car trips agitate him. But my desperation to visit was strong. I figured we could bring our terrier and spaniel to help soothe my husband because they’re the only creatures he seems to recognize.

But the logistics were daunting. It’s a two-day drive. How would I manage pit stops with the dogs and my husband, who can’t use a public restroom alone?

Luckily, a dear friend who manages youth camps offered to accompany us on the drive to Washington and back.

I took full advantage of her easygoing personality, honed by raising four children and overseeing hundreds of little campers. She kept my husband full of snacks, distracted him with stories and music when he became agitated, and took charge of walking the dogs during our stops so I could find a toilet.

Which bring us to, in reverse order, tips on how to handle traveling with someone with dementia:

Parents, especially single parents, deal with this all the time, as in a mom dragging her 4-year-old son into the ladies room. It’s more complicated with adults.

The last time my husband used a public toilet alone was two years ago. He walked into a department store restroom, handed his jacket and hat to a man who’d finished washing his hands, and then tried to pee in the sink.

The sainted man kindly directed my husband to a urinal and then escorted him outside, handing me his clothing with sympathy and obvious relief.

Awkward? Oh yes. That’s why unisex family restrooms were created, right? By now they should be the norm in all U.S. rest stops, department stores and other public spaces. Should be but aren’t, for reasons economic, political and just plain ignoranical, said Tim Pyle, executive director of the American Restroom Assn., which advocates for public unisex toilets.

All-gender restrooms “solve so many problems,” Pyle said, for people who can’t use a toilet by themselves.
(Moreover, Pyle said the cost savings of building unisex facilities instead of traditional single-gender restrooms is significant. And six unisex, disabled-accessible toilets take up 25% less space than building separate three-stall restrooms for men and women, according to the association’s architects.)

But back to our trip. Could I expect to find family restrooms at rest stops or gas stations? I tried calling ahead for answers and discovered it’s uncharted territory.

Caltrans’ handy QuickMap website and app includes information about its highway rest stops but no specifics about whether they are single-stall or gender-neutral. Even Caltrans spokesman Michael Comeaux had trouble finding an answer.

Bottom line: Some have them, some don’t, and there’s no way to tell until you get there.

The state recognizes the usefulness of gender-neutral family restrooms, Comeaux said, and since early 2000 has been updating its rest stops, but the process is slow because building new facilities is expensive.

In the meantime, Caltrans has added signs saying, “Attendant of the opposite sex may accompany disabled person” at rest stops without family bathrooms.

In other words, don’t be shocked if you see me leading my husband into a stall in the women’s restroom.

I thought longingly about old-fashioned gas stations, which had single-stall restrooms on the side of the building and usually were entered from the outside. But those aren’t easy to find, and cleanliness is hit-and-miss.

Truck-stop restrooms are usually clean, but those often don’t have family-style restrooms either. Many have pay-to-use shower rooms, which include a toilet along with a shower stall and sink, but they aren’t cheap.

So research didn’t help. Once we started our trip, however, I discovered qualities I hadn’t considered: empathy and compassion.

At Klamath Falls in southern Oregon, for instance, we stopped at Pilot Travel Center No. 504 for gas and restrooms.

The store and single-gender restrooms were crowded, but the manager kindly opened the side door and directed us to a freshly cleaned shower room. I offered to pay to use the room — typically a $15 charge — but she waved me off, saying she understood because she, too, had a relative with dementia.

As the trip progressed, I discovered that lots of people have a family member with dementia and quickly understood our dilemma at rest stops, gas stations and hotels. So if it’s any consolation, you are not alone. Don’t be shy about explaining the situation and asking for help.

So back to the tips:

No. 4: Get there ASAP
People with dementia are confused about everything, including where they are, so traveling is an additional cognitive challenge for them and their caregivers. If you want to take a road trip, I recommend a single, specific destination and keeping stops for the restroom and food to a minimum.

Spontaneous side trips add to my husband’s anxiety because it’s a new situation he must process. What was once delightful is now frightening and disorienting. We made a beeline to our destination in Washington and saved the little adventures for another day.

Familiar items in the car seemed to help too — in this case his favorite playlists, a few books and our two dogs, who snuggled next to him during the trip.

We were lucky to stay in our old home while in Washington. He no longer recognizes the house or the street, or even our friends and family, but we lived in that house for more than 20 years. On some subconscious level, perhaps, he seemed comforted when we were there.

If you stay with friends or family, make sure they understand the situation. It’s super stressful to share space with people who are freaked out by dementia.

No. 3: Plan, plan, plan
Choose a route ahead of time and plan where you will stay.

Reserve a room and inquire about access. Do you have to walk through many public spaces to reach your room?

Once inside, bar your door — and know that using the chain isn’t enough, as I learned on one trip when we stayed in an old-fashioned motel, with rooms that opened onto the parking lot. In the middle of the night, I awakened to see my barefoot husband open the door and step out into the wintry night. When I asked what he was doing, he said he was looking for the bathroom.

I’ve learned to put a chair and other bulky, crinkly items (a tote bag full of snack items works well) in front of the door. It’s not foolproof, but moving all those items is discouraging and noisy enough to wake me before he can open the door.

We also brought lots of snacks. The trick is to stave off hunger until you stop for the night, then eat a proper meal in your room.

If your hotel doesn’t have room service, check takeout options before you arrive (note closing times) and then have your meal (and maybe a nice libation) delivered to your hotel.

No. 2: Bring a companion
Having a support person with you makes all the difference between a grit-your-teeth trip and a bearable journey. Driving for two days with my friend and my unhappy husband wasn’t a barrel of laughs, but it’s a blessing to have someone who can run interference and is better at counting to 10.

Choose a friend who has a sunny, sympathetic disposition; this is not the time to bring someone who will take sides and feed your often justified need to gripe. Your companion with dementia needs sympathy too.

I worried that I was asking too much, but my friend said she looked forward to having time to talk during our drive. Don’t be afraid to ask.

But one relationship tip: If you’re traveling with a “helper” friend, reserve a suite or a second room so they can have some privacy and respite.

No. 1: Count to 10
Full disclosure: I am not a born caregiver. I get impatient a lot, so “Count to 10, backward and forward” is my mantra. I keep repeating it because if I don’t I start shrieking.

Nobody chooses this path, but like it or not, my husband and I are on it together, at least as long as I can manage it.

So, yes, travel is possible. Find your own patience mantra and remember: There’s no shame in seeking the kindness of strangers — and lots of help from loving family and friends. 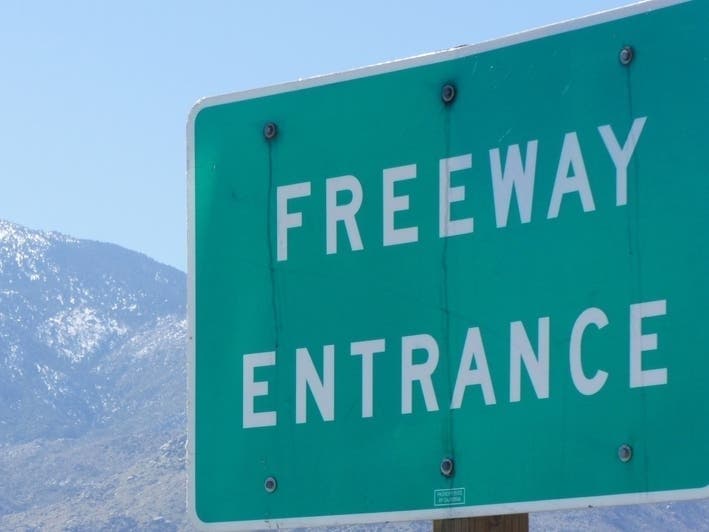 Labor Day 2021 Travel: Tips For Getting Out Of Manhattan Beach 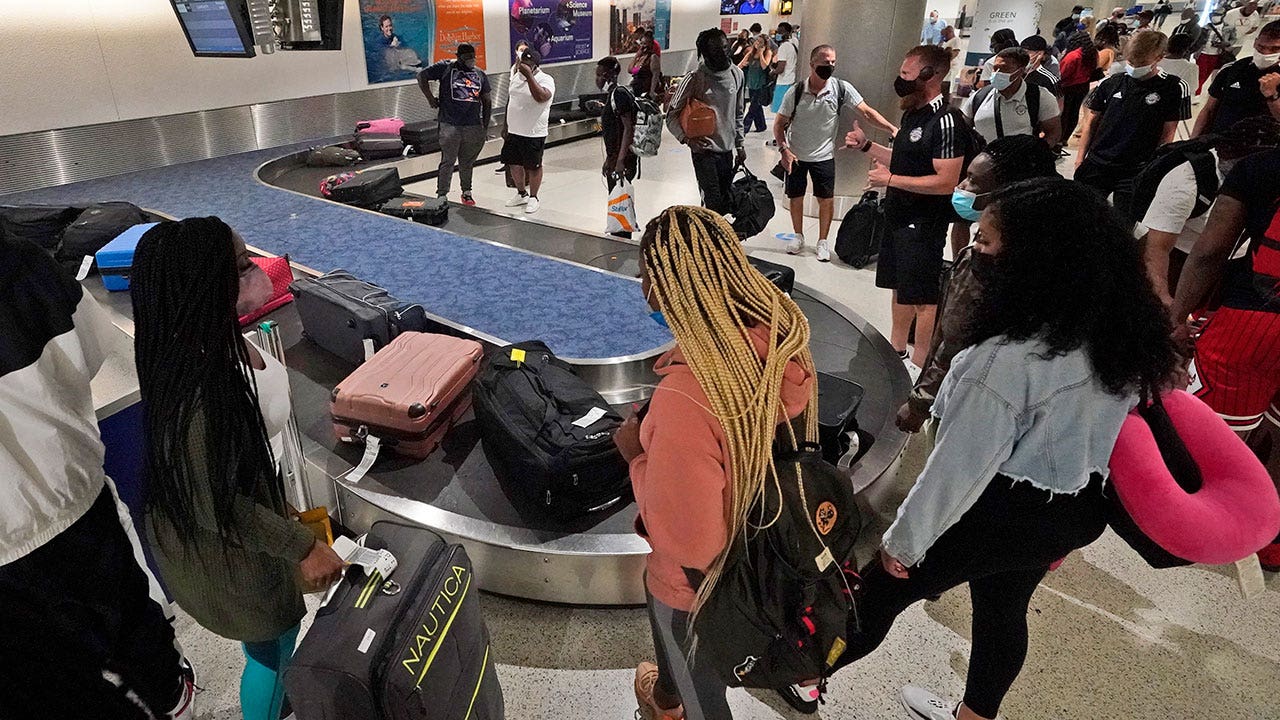 Airline travel tips: How to save money when booking a flight